10) Nokia E71
At No 10 is the e71 from Nokia and they have sold a lot of these devices in India. It got 3.1 Mega-pixels backside camera camera and a very nice metallic body with equally good buttons. It got microSD card slot with support up to 8GB. It got all the regular connectivity option ranging from Bluetooth to 3G.
It runs on ARM 11 369 MHz processor with 128 MB RAM and 110 MB storage. 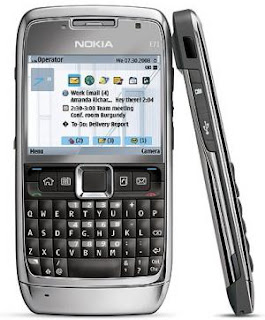 Overall this is a very nice looking phone with reasonably good speed but it's certainly not the powerhouse in any segment. It's basically an email phone....
9) HTC Wildfire
HTC wildfire is an Android based smart phone. It runs on Android 2.1 (Eclair) with HTC Sense and it's CPU processor speed is 528 MHz.
This phone got 512 mb of ROM and 384 mb RAM. It got one microSD card slot and it's capacity is up to 32GB. 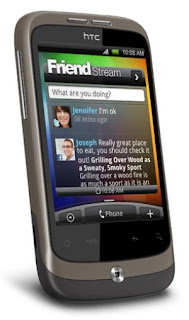 It got 5 MP back side camera with auto focus and flash with geo-tagging. It's battery is reasonably good with 1300 mAh capacity. It also got all other basic connectivity features like GPRS, EDGE, Wi-Fi, 3G, Bluetooth etc.
...
8) HTC HD2
And the the best windows mobile based phone in the market and it again comes from the HTC. It is powered by 1GHz Snapdragon processor with 512 MB internal memory and 448 MB RAM.... 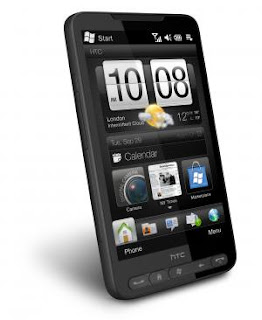 7) Nokia N8
Nokia N8 is the latest and top end phone from Nokia. And we have placed it at the Rank 7.
This phone is based on Symbian ^3 OS for Nokia. It got large 12 MP sensor and Carl Zeiss optics lens with Xenon flash. It also got HDMI connection port, so that means you will be able to plug-in your high quality images and the video from your phone directly into your TV, Laptop and monitor etc.
The screen size of this phone is 3.5" which shows 640x360 pixels in AMOLED display. The battery back for this phone is also very good. If you want to listen music you can play it for 2 day's in one go with full charge.... 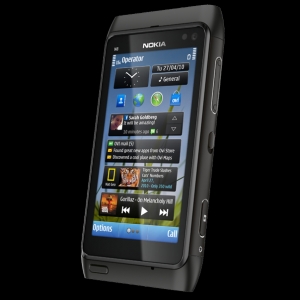 6) Samsung Wave
Samsung Wave is doing good at Rank 6 majority attributed to it's beautiful Super AMOLED screen and the Android OS....
5) HTC Legend
An Android Phone from HTC is at Rank 5. It 126 grams in weight and run by Android 2.1 Eclair OS with with HTC Sense technology.
This one is fixed with mega-pixel colour camera with auto focus and flash It do widescreen photo capture and geotagging. The built in memory of this phone is 512 MB with 384 MB in RAM. It also supports 32 GM microsSD card like HTC wildifre. 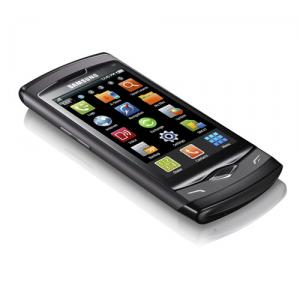 This phone have Facebook integration by default other then this it got Friend Stream, Photo sharing on Facebook, Flickr, and Twitter.
It also allows one to share videos on YouTube and HTC Peep for sending tweets to twitter account.
...
4) iPhone 3GS
IPhone 3GS is Ranked at no 4.
Even though the new model of this phone has arrived in the USA and some other European markets but in India it's still a class phone and catches every eye. 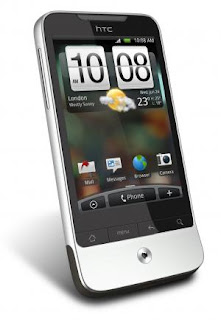 The look and feel of this phones remains the best sticky feature for it's buyers....
3) Sony Xperia X10
Sony Xperia X10 is comfortably placed at No 3.
Sony Xperia X10 got a 8.1 MP camera and a 1GHz Qualcomm Snapdragon CPU. It's back side camera is the one of the best in class. In fact this the the highest resolution camera on any android phone in the market 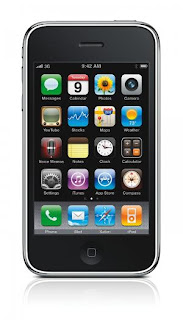 It's an android based phone and supports DVD wide-screen resolution. The possible connection speeds in this set is up to HSDPA (3G+).
...
2) Samsung Galaxy S
Samsung Galaxy S is the Just one rank behind the top phone in the market.
Samsung galaxy S has 4 inch 480x800 pixel Super AMOLED wide-screen , capacitive touch-screen display, a good 5 mega-pixel camera with video Recording and a front facing VGA camera. 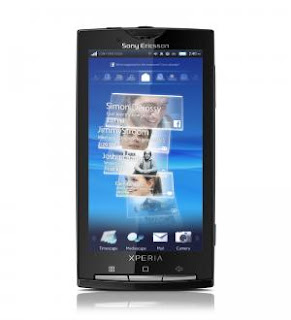 Yet the best thing about this phone is it's graphics. It's Super AMOLED screen uses 30% less batter and deliver 80% sharp images. It's screen gives absolutely clear view in the Sun.It's graphics processor yielding 90 million triangles per second and that makes it fastest graphics processing unit in any phone till date.
In addition to all this it is the slimmest in class....
1) HTC Desire
HTC Desire is the best phone in the market so it got the Rank 1. It got everything you could ask for Multitouch, A big screen, reasonably good backup and a dam good typing keyboard. even though it's virtual and on-screen but it type as correct as physical one. 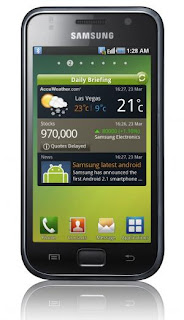 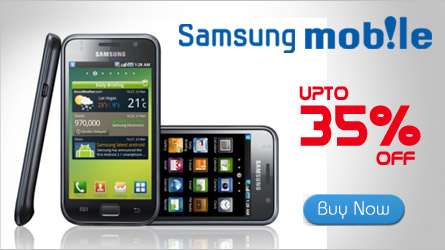